Almost 2,000 people killed in more than 150 massacres by soldiers, paramilitaries and insurgents in Tigray have been identified by researchers studying the conflict. The oldest victims were in their 90s and the youngest were infants.

The identifications are based on reports from a network of informants in the northern Ethiopian province run by a team at the University of Ghent in Belgium. The team, which has been studying the conflict in Tigray since it broke out last year, has crosschecked reports with testimony from family members and friends, media reports and other sources.

The list is one of the most complete public records of the mass killing of civilians during the war, and will increase international pressure on Ethiopia’s prime minister, Abiy Ahmed, who has claimed that many reports of atrocities are exaggerated or fabricated.

Abiy launched a military offensive in November to “restore the rule of law” in Tigray by ousting the Tigray People’s Liberation Front (TPLF), the political party then in power in the province, following a surprise attack on a federal army base. 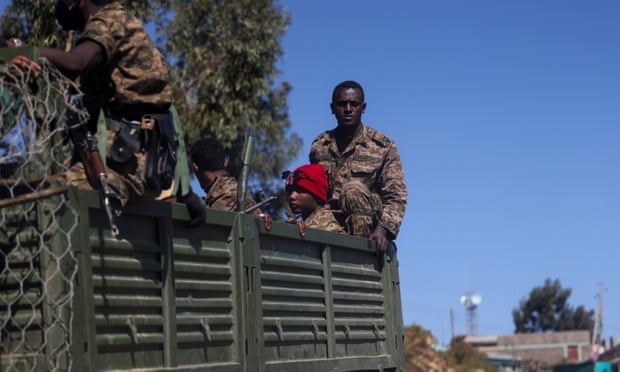 The offensive was declared successful after the TPLF leadership evacuated its stronghold of Mekelle, the provincial capital, and an interim administration loyal to Addis Ababa was installed.

Mass killings and violence directed at civilians have continued since, however, as federal forces and their allies battle insurgents. There have been clashes in recent days around the town of Selekleka, on a key road in the centre of Tigray.

Twenty of the massacres the team listed – defined as incidents in which at least five people died – occurred in the last month. They include the killing of an estimated 250 civilians over three days in Humera, a town of significant economic and strategic importance in the far west of Tigray where the ethnic cleansing of local communities has been reported.

Eight days ago, Eritrean soldiers searching for suspected TPLF insurgents killed 13 people in Grizana, a village 50 miles south-west of Mekelle in an area where fierce fighting has taken place. The victims included three men in their 50s, several women, a 15-year-old and a two-year-old.

Prof Jan Nyssen, a geographer who led the investigation and who has spent decades living and working in Tigray, said the research was “like a war memorial”.

He said: “These individuals should not be forgotten and these war crimes should be investigated … The list is to show the magnitude of what is happening. We know there are many more but … we know the name and the circumstances of these 1,900.”

The list of identified victims was compiled after more than 2,000 telephone calls, including around 100 in-depth interviews with witnesses. The full list of victims the team has compiled from social media posts and other sources runs to more than 7,000. The main research findings based on the information were published on Thursday, and the names were released on Twitter.

The researchers found that only 3% of the identified victims had been killed in airstrikes or by artillery. Most had been shot dead in summary executions during searches or in organised massacres such as that at Aksum, in which 800 people are thought to have died, or at the town of Mai Kadra, where 600 died in violence blamed on militias loyal to the TPLF. 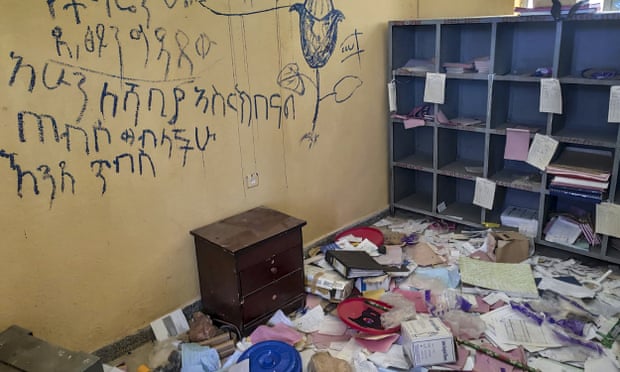 More than 90% of the victims identified were male. Among incidents where blame can be confidently determined, Ethiopian soldiers appear to have been responsible for 14% of the killings, Eritrean troops who have fought alongside federal forces 45%, and irregular paramilitaries from the neighbouring province of Amhara 5%. Witnesses blamed Ethiopian and Eritrean soldiers operating together in 18% of cases.

Tim Vanden Bempt, one of the researchers, said the team’s list of massacres did not include perpetrators because information was often fragmentary.

“A lot is still unknown. There are many incidents where we can’t conclude which side is responsible for the moment. So for example, it is possible that there have been two or three massacres committed by TPLF-aligned fighters but we cannot say for sure,” he said.

Abiy publicly acknowledged the possibility of war crimes in Tigray for the first time last month. He told parliamentarians that despite the TPLF’s “propaganda of exaggeration … reports indicate that atrocities have been committed in Tigray region”.

He said war was “a nasty thing” and pledged that soldiers who had raped women or committed other war crimes would be held responsible.

Eritrean officials have described allegations of atrocities by their soldiers as “outrageous lies”.

Humanitarian officials have said a growing number of people could be starving to death in Tigray. Madiha Raza, of the International Rescue Committee, recently visited the province and said conditions were dire.

“The situation in rural areas is the worst. Medical centres, schools, hospitals, banks and hotels have been looted. People I interviewed had heard multiple reports of civilians being rounded up and killed. Farm animals and grain are being burned or destroyed and fear tactics are being used across the conflict,” Raza said.

Email ThisBlogThis!Share to TwitterShare to FacebookShare to Pinterest
Labels: massacre, The Guardian, Tigray